What an unbelievable weekend at the Glacier Peak District Event! Now in week 4 of competition season, most teams have finely-tuned robots and drive teams. Competition was challenging during qualifications and absolutely fierce in the eliminations. Team 2910 Jack in the Bot finished the quals with a 10-2 record, and headed into eliminations in the number 1 seed. During alliance selection we invited team 2930 Sonic Squirrels, and team 1294 Top Gun to work with us hoping to advance through the finals.

During elimination matches, the Glacier Peak field did not disappoint, with upsets and surprises at every turn. We made it all the way to the finals, and after losing our first match by one point(!) persevered in the final two matches to earn our third winner’s banner of the season.

We were deeply humbled during awards when we also received the Quality Award and when our lead mentor, Patrick Woolfenden, received one of two event nominations for the Woodie Flowers Award.

Again, we would like to say thank you to our sponsors, mentors, boosters, and parents. Team 2930 Sonic Squirrels did a fantastic job of hosting this event, and we can’t say enough good things about the field team, judges, referees, and other volunteers that make FIRST events happen. We’ll see you at the PNW Championship in Tacoma! 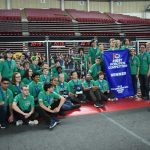 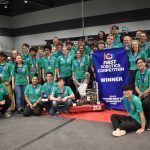