The first week of build season was spent brainstorming ideas for potential prototypes and creating lists of priorities on how we wanted to tackle the game and what we wanted our robot to do. Near the end of the week, we began to start prototyping using wood, drills, and other tools. Our programmers began their work as well.

Week 2 started with us losing three days of meetings due to snow. We did not let that get to us, however, as we eagerly began to make up lost time when it was safe enough to travel to and from the shop. The media subteam interviewed some of the team members about what they have worked on over these past few weeks as well. 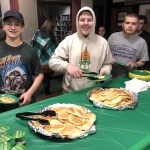 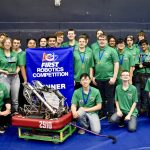